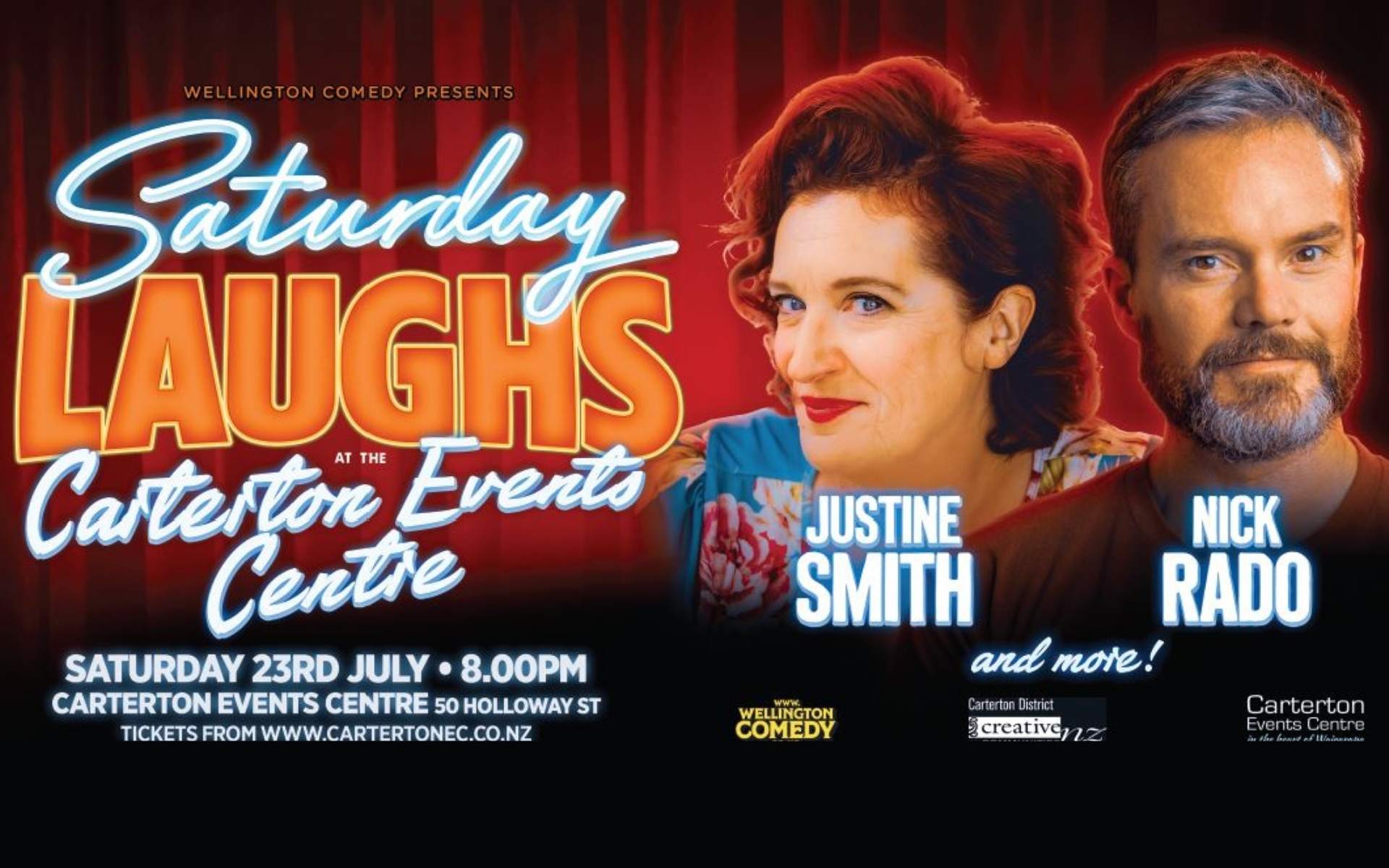 This performance will be going ahead under the Red COVID-19 protection framework and strictly limited to 100 audience members per session.

Saturday Laughs returning for round 2!! It’s a two-hour comedy showcase of some top Kiwi talent, right in the heart of the Wairarapa!

Nick Rado is a multi-award winning writer, MC and stand-up comedian. A guest panellist and head writer of over 250 episodes for TV3’s award-winning topical news comedy show 7 Days, Nick is the only comedian to win the NZ Comedy Guild Award for ‘Best Comedy MC’ five times, he is also the winner of Best Male Comedian at the NZ Comedy Guild Awards. He was hand-selected to perform at the Sydney Opera House for the prestigious Just for Laughs Sydney showcase and has opened for Rob Brydon, Aziz Ansari and Russell Howard on their nationwide tours.  He was also featured in Rhys Darby’s Sitcom Short Poppies on Netflix. A Kiwi favourite

She’s regularly recognised for her appearances on everything from the Comedy Gala and AotearoHA to her memorable appearances on TV3’s After Hours and Funny Girls, as well as a regular panellist on TV3’s  7 Days and a writer on Rhys Darby’s Short Poppies.

A leading light of New Zealand Comedy, Justine is as comfortable performing in a theatre as she is in your local bar, anywhere in the country.

Simply one of our best.

More acts to be announced, our previous Saturday Laughs show sold out, so book early and often!