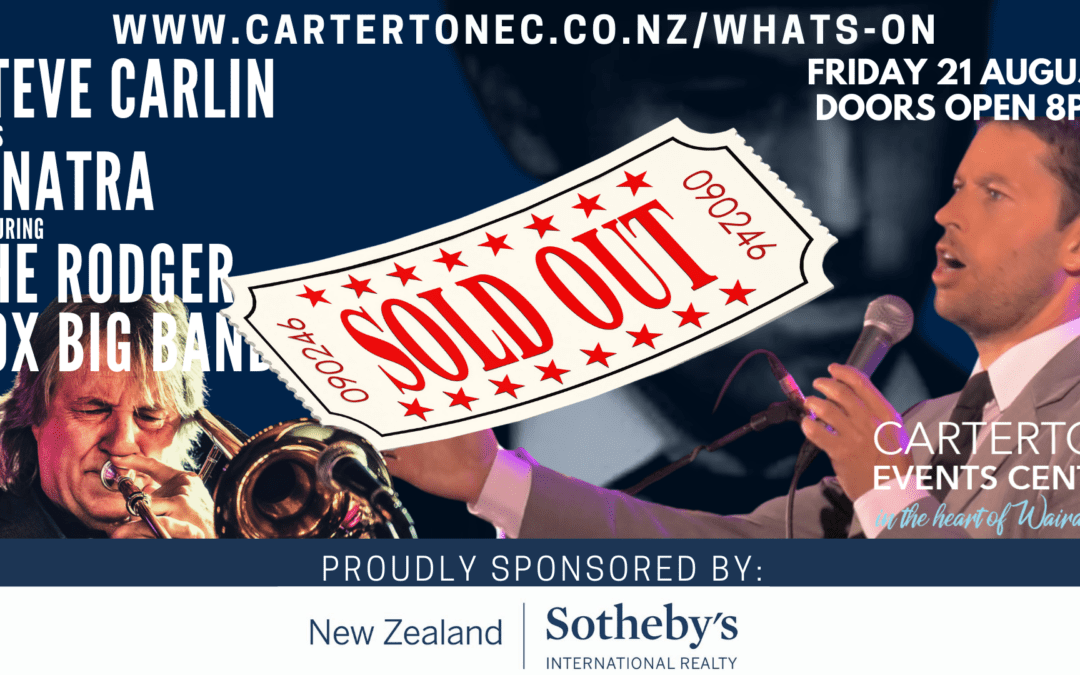 Singer Steve Carlin has become one of the foremost crooners in New Zealand  with a rich baritone voice that captures the essence of the swing-era vocalists. On Friday August 21st he will be teaming up with the internationally acclaimed Rodger Fox Big Band to showcase a one-night-only performance of Sinatra’s song book, plus a few other Rat Pack favorites, at the award winning Carterton Events Centre.

Steve has performed at numerous festivals and events all over the country and as far afield as Australia, Fiji and Germany. He is a regular draw card at New Zealand’s premiere wine festival, Toast Martinborough, and has performed at events from Westpac Stadium to Sky City Casino and beyond.

His popularity has continued to rise in recent times, connecting with audiences from around the country as he brings to life the songs of the magical swing era with his lush style and smooth vocal textures.  The Rodger Fox Big Band (RFBB) is New Zealand’s pre-eminent jazz orchestra and has held that mantle for more than 40 years. Earlier this year they were invited to perform at the Jazz Educational Network (JEN) conference in New Orleans, which is the world’s largest educational and performance event in the United States and is attended by top musicians from throughout the U.S.

Steve is currently working on achieving a life-time dream: a full-length, big band swing
album.  Writing and arranging is almost complete and together with the Rodger Fox Big Band they will be performing some of the tracks live at this show.