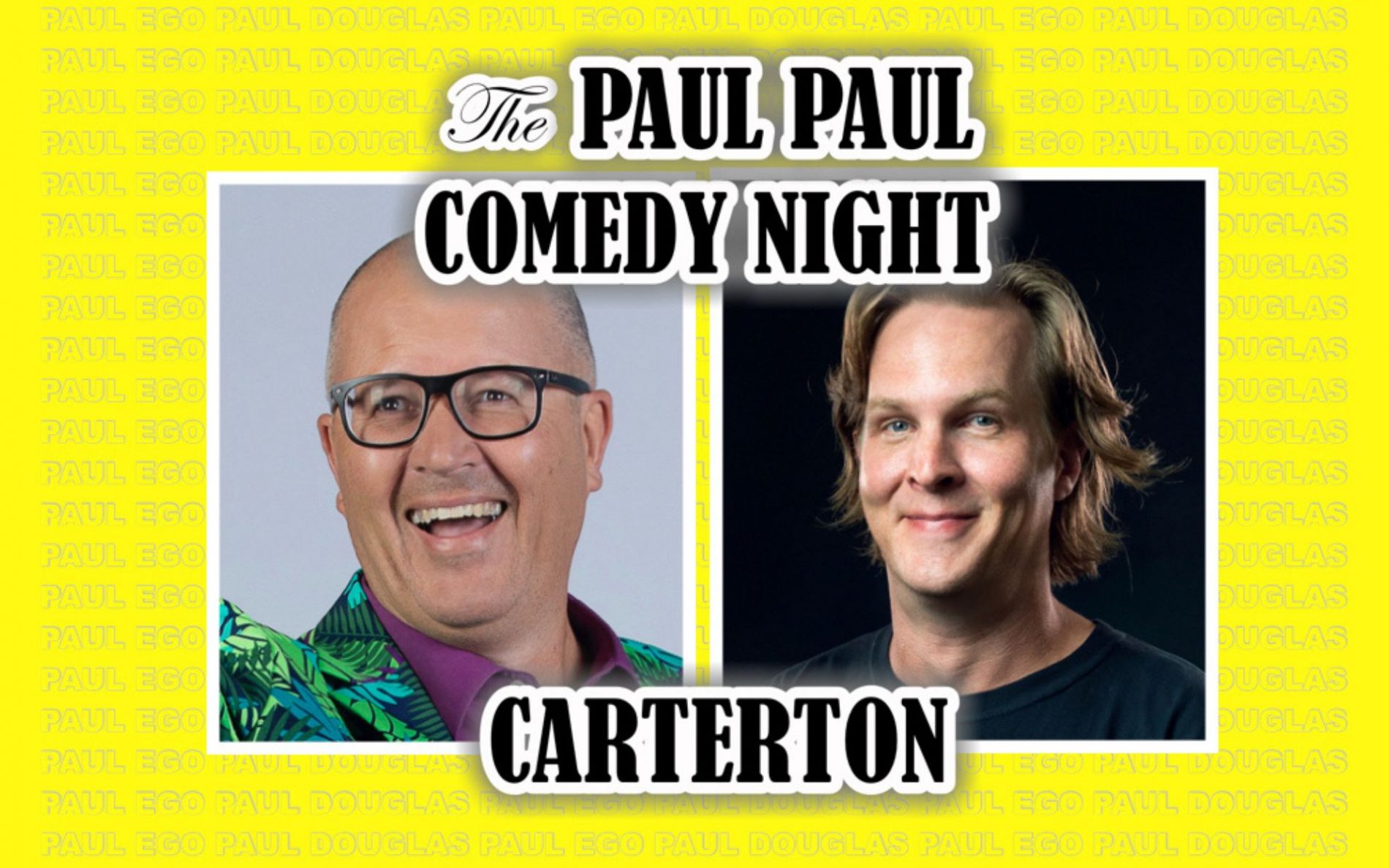 Two of NZ’s best standup comedians are hitting the road together for ‘The Paul Paul Comedy Night’ – a 2 hour showcase of world class comedy from easily the best Pauls in the business.
The shows feature “NZ’s Top Professional Comedian” PAUL EGO, a legend of stage and small screen. Ego has over 25 years comedy experience and is a much in-demand live performer. His rapid wit as an MC and feature act comic has seen him described as ‘The Master of Improv’. He is also well known from his years on the hit TV comedy panel show ‘7DAYS’ and as the voice of one of NZ’s leading large yellow supermarkets.
Ego will be joined by “gifted and hilarious comedian” PAUL DOUGLAS. One of the busiest live comics in the country, Douglas was the winner of ‘Best Live Show’ and ‘Best Gag’ at the 2019 NZ Comedy Guild Awards. Put simply, as it was in one particular review, Paul is “just a dude with a microphone being incredibly funny” If you haven’t already caught him on ‘7DAYS’, ‘THE PROJECT’ or the ‘TVNZ BEST FOODS COMEDY GALA’ then this is your chance to catch Paul Douglas live.
‘The Paul Paul Comedy Night’ is a show where both Pauls are the feature act. Each night they’ll draw straws or sausages or whatever else is close by, to decide who goes first and who goes second. Regardless of the order, rest assured that Paul will definitely be the best act of the night.
‘THE PAUL PAUL COMEDY NIGHT’ featuring PAUL EGO and PAUL DOUGLAS – coming to a venue either near you, or near someone you know.
Book early to avoid disappointment & embarrassment.
Buy Tickets
← Gold Dust Woman - Saturday 8 October - 8pm The Boss: Bruce Springsteen Tribute - Saturday 20 August - 7.30pm →