The Premier Events Centre in the Heart of Wairarapa

The Carterton Events Centre is a clever mix of venue spaces that allows combinations of areas to suit the size of the event. The sustainable principles underpin the venue design, with flexible functionality embraced by both community and commercial users.

The Events Centre opened its doors in October 2011 after years of planning and construction. The design allowed for a new auditorium and meeting spaces, and acknowledged its heritage by incorporating one of New Zealand’s oldest Library buildings, the Carterton District Library, which you can see today is the centrepiece of the modern-meets-history design.

Why did Carterton need this facility?

Under the Local Government Act 2002, Carterton District Council has a responsibility to promote the social, cultural, economic & environmental well-being of the district. The Events Centre contributes to community well-being by providing a venue for a wide range of opportunities for social and cultural development.

The Carterton Library, believed to be one of the oldest operating public libraries in its original building in New Zealand, was previously unable to meet the demands of modern library users and was long overdue for a major upgrade. Our Library is a key part of encouraging lifelong learning for all – one of Carterton’s agreed community outcomes.

Before the Centre was built, Carterton had no Town Hall. There was a shortage of meeting spaces in the district. Many of Carterton’s 70-80 voluntary organisations faced increasing operating and maintenance costs for venues which they have historically owned.

The district had limited facilities; some would say none, to cater for youth. The Rangatahi Hub (Youth Centre) will help to create a culture of activities and target youth most at risk, which ultimately benefits the wider community. 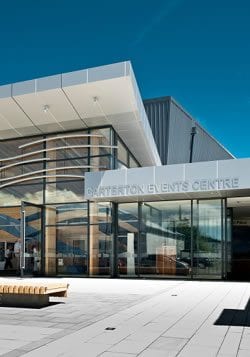 The idea came about in 2001 when a focus group of Carterton citizens was formed to investigate future community facilities in the district. Since then a great deal of work has been done including:

The Trust raised the $1.5 million dollar target thanks to the generosity of local and national trusts, businesses, groups and individuals.

During construction, use of local labour and materials minimised the carbon footprint. The timber-designed Auditorium uses locally-grown and milled timber from the nearby JNL mill. The innovative design includes bracing walls for earthquake resistance of the main hall – only the second use of this NZ-developed application in the world. 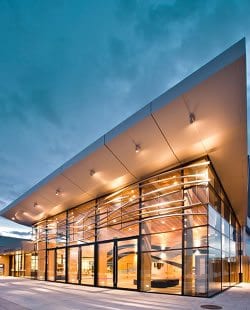